It is a real pleasure for me and an honor to have been invited to present a book on soccer diseases, for several reasons.
Soccer has always been and still is a very important part of my life, first as a professional player, then as a coach of important Italian and Asian teams. From soccer I have had the maximum professional satisfactions that a coach can hope to achieve in his career. In fact I had the pleasure, in my long ac- tivity, of training teams that won their respective national championships, the Champions League, the Asian cup and the World cup.

The theme of the book “Soccer Diseases” takes into consideration not only injuries but also many other pathologies that more frequently affect soccer players. The problem is very important for coaches since, as a consequence, important technical and tactical management problems arise due to the in- terruption of sport activity for more or less long periods.

These circumstances are particularly frequent in soccer, due to the specific characteristics of this sport. It leads to contrasts capable of involving nu- merous districts, from head to toe; it takes place at high speed, with repeat- ed shots, sudden changes of direction, jumps, uncoordinated falls, and it is also practiced on grounds that are not always regular with the possibility of loss of motor coordination.

In addition to trauma, some other conditions are much more frequent than in the past, such as pubalgia, inflammation of the Achilles tendon, fasciitis or muscle injuries: these are particularly felt by those coaches with a limited number of players.

I want to point out how, in case of an injury, it is always important to have the player recovered as early as possible while at the same time limiting the possibility of relapse and for this reason I believe a continuous collabora- tion between doctor-trainer and player is essential to optimize the time to return to sport.

The book was born under the aegis of the Carlo Rizzoli Foundation which promotes and supports educational, scientific and research activities, and is sponsored by important institutions such as: the Department of Life Quality Sciences (QuVi), the Department of Biomedical and Neuromotor Sciences (Dibinem) of the University of Bologna, the Isokinetic rehabilitation center of Bologna and the Rizzoli Orthopedic Institute of Bologna.

Finally, I want to highlight the friendship that binds me to the book Editor and President of the Carlo Rizzoli Foundation, Professor Sandro Giannini, to whom I have been linked since my childhood and with whom I started kicking the ball in the Viareggio pinewood in Tuscany. 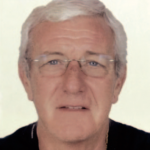 Soccer is one of the most practiced sports in the world, with a growing dif- fusion due to its progressive extension to all continents, to be increasingly practiced by women, and to the introduction of several variants of the game in addition to traditional soccer.

The typical characteristics of this sport lead to many direct traumas and frequent other types of micro-traumatic pathologies.
The high number of practitioners also, in the case of an accident, needs to be recovered as quickly as possible for the activity resumption.

Soccer is a contact sport in which players clash, kick, shove themselves, hit their heads, hold on, and push on.
Soccer is practiced on soils with sometimes irregular and slippery grounds, which make movements unstable, and is played with a ball of over 400 grams that moves at high speed.

All this leads to frequent direct traumas that can affect the whole body. The most frequent are represented by bruises, wounds, sprains, muscle-tendon injuries and, less frequently, fractures.
In addition to direct trauma, a wrong contrast or movement can cause loss of motor coordination during running and jumping, with uncontrolled falls and abnormal muscle-tendon and joint stress.

Regardless of the contrast, due to the variability of athletic gestures such as running, sprinting, shooting, twisting, turning, jumping, landing, and tackling, various injuries etiologies and types may be present.
Tackling causes injury when the player is unable to respond quickly enough to avoid an uncontrolled movement. Muscle and tendon injuries are more frequent during sprinting. Twisting and turning can cause excessive stress on ligaments. Shooting, due to the contrast with the opponent or with the ball, can cause micro-injuries or sprains. Finally, traumas often occur during jumping and landing due to an incorrect landing technique or a collision after the take-off or before landing.

There are also several micro-traumatic and degenerative lesions favored by repeated stresses or foot deformities. Furthermore, the lesions are more frequent during the official game, together with fatigue conditions and ad- vanced age.

The main sites affected in male players are ankle, foot and knee, while in women knee, ankle and upper limb.

Why a book regarding most common soccer injuries?

body, from head trauma to foot injuries, including clinical features, treatment, and rehabilitation, is still lacking.

Why the title Soccer Diseases?

The word diseases, in addition to traumas, also includes other types of microtraumatic and degenerative pathologies, often favored by overloads due to pre-existing anatomical alterations or deformities.

What were the reasons why this book has been written?

Soccer has always been one of my great passions and in my youth I was actively involved as a semi-professional player for several years. The inter- est subsequently matured for Medicine and in particular for Sports Traumatology led me to specialize in Orthopedics and Traumatology and in other related disciplines: Sports Medicine and Physical and Rehabilitative Medicine. Moreover, in my long activity as a Full Professor at the University of Bologna, Alma Mater Studiorum, and during my surgical activity at the Rizzoli Orthopedic Institute, I was able to stay close to the soccer envi- ronment by visiting and operating several both amateur and professional athletes.

Finally, my current position as President of the Carlo Rizzoli Foundation, which provides for the development and dissemination of Motor Sciences and supports for the didactic, scientific and research activities of the Mo- tor Sciences courses of the University of Bologna led me to the creation of this book, combining the specific skills of various specialists, in order to understand, divided by topics, the whole body, from the cranial pathology to the foot diseases. Many of these specialists belong to the University ofBologna, the oldest European University, specifically to the Departments of Sciences for the Quality of Life (QuVi) and of Biomedical and Neu- roMotorie Sciences (Dibinem) and to the Istituto Ortopedico Rizzoli, one of the main world orthopedics centers founded by Francesco Rizzoli and inaugurated in 1896.

To complete the book, the rehabilitative section was commissioned to a large and famous European center for sports rehabilitation, the Isokinetic of Bologna.
I want to thank Marcello Lippi who agreed to write an introduction for this book, all the colleagues who brilliantly carried out the individual chapters, the Scientific Committee, the Directors Board of the Carlo Rizzoli Founda- tion, the Griffin-Timeo publishing house, for taking care of the publication, the Bologna University Departments, the Rizzoli Orthopedic Institute and the Isokinetic Center for their patronage, hoping that this book will be use- ful and easy to consult not only for surgeons, sports doctors and rehabilita- tors but also for all those interested in the pathology of soccer and in the treatment of its related injuries.

Finally, I hope that any revenue from this publication may help support the purpose of the foundation.